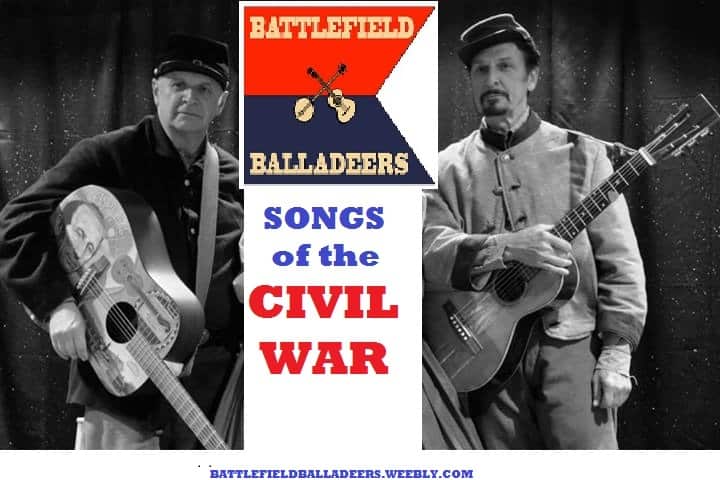 BATTLEFIELD BALLADEERS’ mission is to perform the songs and music of the American Civil War. The repetoire consists of the patriotic, sentimental , and  comic songs of the period along with minstrel favorites and the melodies of Stephen Foster.

Unamplified acoustic instruments performed by a variety of personnel in museum quality uniforms bring to life the sounds of the Blue and Gray for all ages.

Each selection is prefaced by an introductory statement of why the song was popular or important using the quotes of Lincoln, Lee, Douglass, Mary Chestnut and Mark Twain. Audiences are encouraged to join in and sing along and clap as BATTLEFIELD BALLADEERS celebrate the pageantry and musical heritage of America’s Civil War era.   http://battlefieldballadeers.weebly.com/